NEW YORK, NY / ACCESSWIRE / July 7, 2020 / Mission Road Entertainment is a digital entertainment company that aims to tell the stories of communities that have been underrepresented in the modern global media landscape. It is centered on bringing to the public a deeper understanding of various cultures of different communities. Not only does the company view this as a significant investment opportunity, but it believes there is enormous social good that can come from bringing these perspectives to the mainstream which cannot be quantified financially. 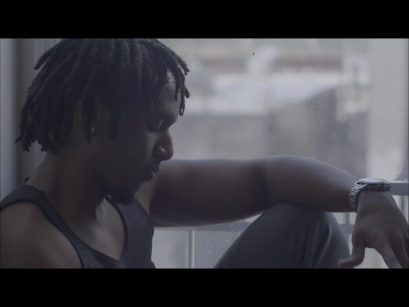 Mission Road’s latest music video is a perfect example of combining a piece of content with great commercial potential with an opportunity to do good. Released by the company’s founder and first artist, “Nutten Wit We” is Yearwood’s fourth single and celebrates the singer’s incredible story meeting his newlywed wife on the other side of the world and shines a spotlight on diverse expressions of love. The couples highlighted in the video include a lesbian and a trans couple, which Mission Road views as important for increasing the visibility of LGBTQ expressions of love in media.

Beyond the representation presented in the video, Mission Road has partnered with The Trevor Project, the world’s largest suicide and crisis intervention organization for LGBTQ youth. Studies have shown that LGBTQ youth contemplate suicide at a rate three times higher than their peers and Mission Road is proud to become one of The Trevor Project’s Bronze Partners, committing to donate $25,000 to the organization from the proceeds of its merchandise sales, to support the organization’s work.

Before establishing Mission Road, Daniel Yearwood, the company’s founder, split the last seventeen years between a career in investing, obtaining a BSc in Computer Science from Morgan State University, an MBA in Finance from The Wharton School at University of Pennsylvania and an MPA in International and Global Affairs from Harvard University. A gap between jobs provided him time to add a few more bullets to his resume: rapper, singer and songwriter.

The song initially tells a narrative of the love story between the singer and his wife. While in Singapore for the first time five years ago, Yearwood met his future wife on the dancefloor of a nightclub atop the glitzy Marina Bay Sands Hotel and Casino. After the DJ played Tupac’s California Love, a dialogue was sparked and the two strangers realized they both lived five minutes away from each other in Southern California, despite only overlapping in Singapore for mere hours. The song’s video ends with footage from the singer’s real life surprise proposal to his wife at the High Line in NYC, one of the most heartwarming moments you’ll see this year.

Mission Road is just getting started with the first four singles released thus far for Yearwood from his upcoming debut album. Aside from a fifth single which is in the works, the company has already expanded operations to Mexico and the Philippines and is working on an ambitious capital raising plan to scale up its operations across a number of different territories to build a diverse portfolio of digital entertainment content.

Check out the music video for “Nutten Wit We” on YouTube and to learn more about Mission Road reach out to missionroadent@gmail.com or visit the website at www.missionroadent.com.

Moyn Islam: An Inspiration To Those Beginning Their Entrepreneurial Journey

Moyn Islam: An Inspiration To Those Beginning Their Entrepreneurial Journey