MARSHALL, TX / ACCESSWIRE / December 9, 2019 / Andy Townsend’s passion is football, and he has built an impressive career out of it. Over the last fourteen years, Andy has coached and assisted in various prestigious football operations throughout Texas and Tennessee. 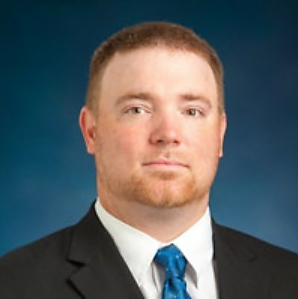 In 2015, Andy Townsend was the coach of four all-conference players on the defensive line for the Lions. The players were Trevon Taylor, Kieston Carter, Mike Onuoha, and Tavita Faaiu.

Before his time with the Lions in 2013, Andy Townsend Football Coach helped lead West Texas A&M to the regional finals. He was in charge of recruiting from junior colleges in Dallas, Texas, East Texas, Oklahoma, Louisiana, and New Mexico.

Two of his players from this time earned first-team, all-region, and all-conference honors. One of them also received Lonestar Conference offensive lineman of the year honors.

The following year, Andy Townsend worked as an offensive intern at Southern Methodist University. There, he assisted with recruiting, breaking down practice and game film, preparing scout cards and breaking down opponents, among other responsibilities relating to the offensive line.

In 2015, Andy worked at A&M-Commerce, where he served as the NFL liaison.

In 2016, Townsend coached the Lions. During that season, he had five linebackers with at least one interception. He also had three players with a record of at least five tackles for loss.

Under Andy Townsend Football Coach, Kieston Carter led the LSC, becoming sixth in the nation. He had four fumble recoveries that helped the Lions lead the nation in turnovers.

During the 2017 National Championships, Andy’s linebacker unit had four of the top six tacklers on the team.

The Lions had one of the top defenses in the nation, finishing 9th in the country in interceptions. They took the 11th spot in defensive passing efficiency, 13th in tackles for loss, and 15th in scoring. They also held the 20th spot in both red-zone defense and sacks.

With Andy Townsend as their coach, the team had a record 44 sacks, the most by any scholarship team in the state of Texas.

Andy Townsend’s love of football existed long before he started coaching players – some of whom (DJ Hayden, Ethan Westbrook, and Dustin Vaughan, just to name a few) have since gone on to play in the NFL.

It all began in 1998 when Andy Townsend was a high school student. He played football and was a state champion with Paul Pewitt High School.

It wasn’t until 2004 that Townsend got his start as a football coach. He began this new chapter in his career as a video coordinator and offensive line coach at ETBU.

The Bulldogs also won the junior college national championship in 2010.

Over the years, Andy Townsend’s passion for football has not diminished in the least.

As of late 2019, it’s been almost a year since Andy shifted into his new football-related role. He is the Assistant to the Directors of Operations at the Alliance of American Football.